My dearest beloved daughter, no matter how difficult your physical suffering is, you must recognise that as it continues to intensify, that it is as I feel. Your suffering reflects just a fraction of My own suffering. In union with Me, you will know that for every pain and interior darkness of the soul you experience, you will know the torment I endure because of the sins of mankind.

Many people mistakenly believe that My suffering, began and ended, on the Cross.

My suffering will not end until all of God’s children are united in love and harmony, where no sin will exist in My Father’s New Paradise.

No matter how much humanity has been told about My Existence, I Am still hated.

Amongst believers, although I Am accepted, My Teachings are only tolerated by them, based on their own terms.

Many will treat others with love and kindness, but only if those to whom they offer this gift come up to their own ideologies.

For example, many will condemn sinners when they should show kindness and pray for them. They must, instead, lead by example.

Some will pour scorn on others instead of showing the love that is expected of them as Christians.

Never condemn others, even if you do not agree with them for that is not your right. No one, only God, has the Authority to Judge another.

While many believers continue to pay homage to Me, it will be on their own terms.

Some will feel the need to set themselves apart from their brothers and sisters to show the world how learned they are in spiritual matters. They then use their own interpretations of what My Mercy really means. 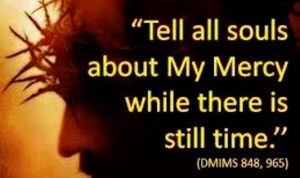 How many times have you heard that God is ever-Merciful, He is so Merciful that because He loves everyone He would never condemn them?

That He would never send a soul to Hell?

Well this is a lie. So many lies, where the existence of Hell is denied, will be the downfall of Christians.

People condemn themselves to Hell. I do not put them there. They choose it by refusing to turn their backs on mortal sin.

Nor will they seek forgiveness or show remorse. This is dangerous thinking and it is the duty of all Christians to warn others of the dangers of Hell.

So many, including those who refuse their children the Sacrament of Baptism, speak as if sin no longer matters.

They believe that all sin ‘will’ be forgiven. This is not correct.

All sin ‘can’ be forgiven, no matter how black the sin, but only if the sinner seeks forgiveness.

Now I speak to you from the Heavens, to prepare all of God’s children, for My Second Coming and what do I find?

I speak to you from behind prison walls and in a cell into which you have cast Me because you refuse to believe that I could speak to you in this way.

Oh how you offend Me!

To those who have spent your lives devoted to Me, and who are knowledgeable about My Holy Scripture, but who now reject Me I say this.

Your rejections of Me now, will leave you tormented and in great sorrow when the Truth is revealed to you.

Because, then you will realise the souls which you cast aside, when I needed your help to salvage them.

How you make Me weep with frustration at your blindness caused because of your lack of humility.

You doubt My Holy Word, when you should embrace it, grasp it, because you are a drowning soul and lack generosity of heart.

I beg you to respond to My Call.